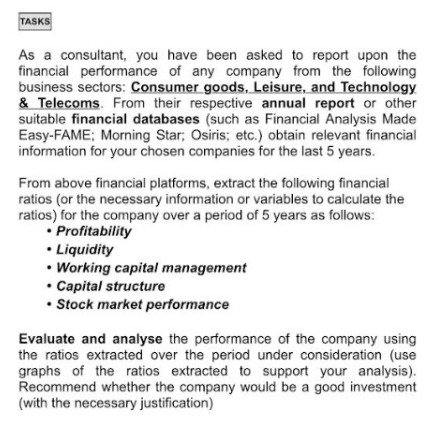 Ted Baker is a global lifestyle brand headquartered in London. It offers a range of products likes Menswear, Womenswear, Fragrance, and Skinwear, Footwear, Watches, Sleepwear and lingerie, Neckwear. It operates through three channels of distribution – retail, wholesale and licensing across Europe, North America, Middle-East, Asia and Australasia. Ted Baker is famous for quirky and commercial fashion offering, high-quality design detailing and distinctive colour and pattern. As of Jan 2019, 560 retail and concessional stores comprised of 201 stores in the UK, 122 in the UK, 130 in North America, 98 in the Middle East, Africa and Asia and 9 in Australasia. Ted Baker has total brand sales of £ 617.4M.

The primary customers for Ted Baker are aged between 25 to 45 years consumers interested in high –end British clothing. The primary competitors for Ted Baker are Oliver Spencer, Pau Smith, Top Men, Dorothy Perkins, etc. With a global strategy of expansion across both established and newer markets, it has led to competition from some of the major global fashion brands such as H&M, Zara, etc.

The fashion industry provides opportunity in the form of newer markets, latest technologies and shifting consumer needs which also serves as a risk (Kellar, Carsten, 2014, Succeeding in tomorrow’s Global Fashion Market). Fashion is inherently dependent on policies and politics surrounding the market. With the shift in axes of global trade because of the surge in commerce in global emerging markets, the fashion industry needs to realign their strategy to their interest. Mckinsey Global Fashion Index has a forecast of 3.5 to 4.5 percent growth rate below 2018 forecasts indicating a tough year ahead (Amed Imran, 2019, The-state-of-fashion-2019-a-year-of-awakening).

Ted Baker is currently positioned as one of the leading British high-end fashion brands. The brand is known for its customer intimacy as they create brand value through British heritage which they provide to the customer in a very icon focussed and detailed way.

Ted Baker operates through three main channels – Retail, Wholesale, and Licensing. Retail channel has performed well in the past few years (Ted Baker PLC, 2018, Annual Report). The company has been performing extremely well given the challenging global environment for trade. Revenue growth has been declining year on year basis as company indicating the company is transiting from growth phase of business to sales maturity phase which explains the strategy of the company to invest heavily on newer markets and infrastructure.

Gross margin of the company has been more or less the same as compared to last year 61% reflecting a change in the mix of full price and retail sales and full price sales through retail channels. Retail Gross margin has increased from 66.1% to 67% reflecting better retail outlet sales. Wholesale sales carry low gross margin as compared to retail sales of 43.3% (2017: 45.1%) reflecting previous year non-recurring foreign exchange gain which is not expected to occur and a higher proportion of sales to territorial regions reflecting lower margins (Ted Baker PLC, 2018, Annual Report).

Net Margin of the organization has been down from 9.77% in 2016 to 8.91% in 2018 due to a number of reasons. Selling general and administrative cost has increased by 49.8% in 2016 to 52% in 2018 due to the deployment of new IT system to support growth and investment and centralization of operation has resulted in the growth. Also, online marketing cost to raise awareness about e-commerce site has increased which has been offset by running a single European distribution centre.

The current ratio of Ted Baker has been decreasing each year from 1.75 in 2016 to 1.52 in 2018 resulting in lower ability to meet current liabilities. Total working capital has been increased from £136.8m in 2017 to £168.6m in 2018. Working capital comprises of trade and receivables, inventories and payables. The increase in working capital was mainly due to a rise in inventories from £158.5m in 2017 to £187.2m in 2018 reflecting the growth of business and stock on hand for territorial and wholesale partners. Change in working capital has also resulted in lower cash flow from operating activities. Inventories level has also been impacted by foreign exchange rates.

Quick ratio (Acid-test ratio) of 0.57 in 2018 implies the company’s inability to meet its short-term liabilities. It is a more accurate measurement of the company’s liquidity because the inventories in the industry are considered as relatively illiquid in the fashion industry.

Days sales outstanding (DSO) signifies the no. of days it takes to collect the payment by the organization after it has made the sales. Ted Baker has been maintaining a healthy 25 days sales outstanding while its average receivables have increased over past implying a higher number of credit sales to its retail and wholesale partner.

Cash conversion cycle (CCC) has been continuously increasing reflecting the poor company’s operation to convert its investment into inventory into sales and cash. CCC has increased from 194 days in 2016 to 234 days in 2018 primarily due to increase inventory days from 235 days to 273 days which can be problematic for a lifestyle brand because it has to pick up on a global trend in the fashion industry quickly. Brands like Zara have mastered this concept and the time-gap between ideation to store-delivery is short.

Interest Coverage ratio has been continuously decreasing from 42.02 in 2016 to 21.84 in 2018 because of the rise in debt level of the company which company has invested in opening new stores across geographies and also in the modernization of its IT services to make it more central in operations. Also, the EBIT growth rate of the company has been declining on a YoY basis resulting in lower Interest coverage ratio. This value is of particular importance to lenders because it signifies the borrower’s ability to pay its interest obligations.

Valuation ratios like Price/Sales, Price/Earnings and Earnings/EBITDA have been quite low because of two main reasons. First, founder and CEO of Ted Baker Mr. Ray Kelvin had been alleged of “forced hug” and “culture of unchallenged harassment” through a campaign has been surfaced (Kollewe, Julia, 2019, Guardian). Mr. Ray Kelvin has been forced to leave his business position which has resulted in the negative light of Ted Baker. Second, lower than expected profit estimates has led to caution among shareholders.

P/E ratio shows the expectations of the market towards particular equity. However, through company analysis, we can see that the company is strongly positioned to become one of the leading global fashion brand names worldwide. The company is heavily investing in reaching newer markets and people. It is heavily investing in different channels (e-commerce) and quitting loss-making leases.

Financial analysis shows out both positive and negative aspect of the industry. Ted Baker will be requiring short-term debt in the near future and its inventory level has been continuously increasing. Both this aspect can be understood for a growth company and company has been registering a constant growth in the past few years. Net margin of the company has been around 9% and the company expects capital expenditure in the near future for expansion. The company has a return on equity around 24% in 2018 which is good in terms of industry standards.

Looking for Finance Assignment Help. Whatsapp us at +16469488918 or chat with our chat representative showing on lower right corner or order from here. You can also take help from our Live Assignment helper for any exam or live assignment related assistance