3 Article Review of 500 Words Each

Achievement Trajectory From Childhood to Adolescence

The Peer Effect of the Educational Outcome 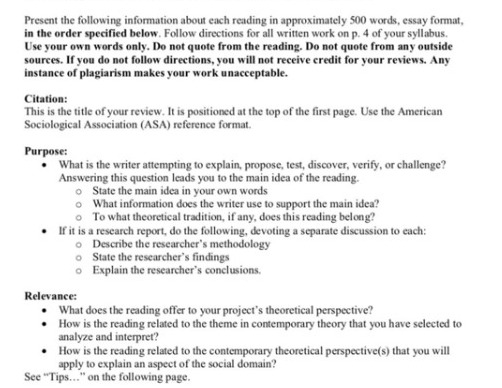 The paper tries to find a relation between correlation and association between the Socioeconomic status (SES) of the people experienced after 2000 and (a) stability and satisfaction in the romantic relationship of adults, (b) the relationship quality of the parents with children and (c) a range of personal adjustments between the parents and children. After considering that SES affects those three parameters we are talking about, the paper tries to prove quantitatively, rather than qualitatively the vice versa.

The researchers have decided on the methodology that initial reviews will be based on reviewing evidence from various theoretical perspectives and then evaluate a future direction from the same. The current economic trends in the world was also taken into consideration which is one of the most important factors to affect the status quo. Next the researchers evaluate the current economic climate for the new millennium. Discussing that, we can see that the current situation is a time of uncertainty and instability. In doing so, the come up with various statistics of data from which we can see that there have been very less significant improvement in the qualities and income of the lives of the people. We can see that if we compare among the various ethnicities of people the unemployment status have stayed almost the same or there has been a very negligible decline. Also the economic differences between the white people and black people or other ethnic groups present in America have not changed must in spite of various measures being taken on paper. The researchers have done a very good job in capturing the data from the all perspectives like single parent headed families, working class, non working plus high society of the people versus the people in various other ethnic groups.

Then after defining what socioeconomic status stands for and how to measure them they have equated both the data, to come to the desired conclusions as in how one of those 3 para meters affect the overall socio economic status. Then they also quantitatively checked individually the relationship status data how happy people are in the relationship in the country and also how the relationship between the parents and the children are currently in the United States of America. the positive is that they do not assume anything an directly takes the quantitative data from various other researchers an also few other researches done by themselves.

One of the most important learning from the paper was the dependence on data rather than qualitative analysis of anything. These stresses the fact that whatever we see or whatever you think must be backed by data to substantiate our claims. Without the backing of value data whatever we speak or decide does not hold the ground.

Achievement trajectory from Childhood to adolescence

This article here talks about a comparison between the growth of the different families belonging to different Socio-economic status. The author tries to take us on a journey between the two types of families through a series of tests and understand which one does better and if that had anything to do with the standards in the society that it was brought up with. The idea that the author tries to use stems from years of research and articles having published on the same which push for the fact that the different socio-economic kids are never really at an equal footing and as the time increases the gap between them also keeps increasing at an alarming pace.

The theoretical tradition that this article tries to tackle stems from the basic idea of multiple avenues beyond the normal studies that affect the growth potential of a person.

Through multiple tests and taking data that spanned through multiple years the author was able to discern that there is positive support to the hypothesis that tells that the socioeconomic background of a person does affect the amount of prowess that he shows in the subjects and therein. It was shown that though there was much of similar progress for all the socio-economic groups till the age of 12, but it started increasing soon after that to the age of about 17 and started flattening out thereafter. However due to cumulative learning it was never really possible for the people who lagged behind get into the same status as the ones who progresses early in the life due to the more favourable condition or environment that he has been brought up in which forced the reader to conclude that there truly is much more than just mental acumen that effects the output of a student

This reading and the conclusion that it draws therefore helps me to completely cement the thought that in order to truly improve the output of all the students that are present in a class a much more comprehensive approach is needed that looks beyond just the educational qualification of the student and goes on to search for the background that he is brought up in and the environment that he tackles every day and in the summer break. The evidence that this reading portrays is an eye-opener to the blatant truth that many of us very often deny agreeing on .

The Peer effect on the Educational outcome

The writer in this article is trying to look into the other facets that directly effects the educational outcome of a student beyond that of the normal educational prowess. It tries to look into the effect of both the educational level of the parents and the school level that the student studies in order to understand whether it directly affects the future effects and the prowess of the student in the world. The author uses two main sources to actually prove this hypothesis one is the of ACT which helped him to get an understanding of the numerical prowess of the students as their ages increased and the other of them is the Myschool database which gave him a more insight into the effects of the parental education level while understanding the effects of it in the child. The tradition that this paper or hypothesis really tries to tackle stems from the fact that it is normally said that the effect of the student’s prowess is heavily dependent on the company he keeps which ranges from the parents to the school which he studies in . This tries to look into the results of a student to be something more than just the result of his or her mental ability but more of a combined result from the school he studies in and the effect of the parents that he lives with.

The researcher tries to get to the solve his case by looking into the ACT data that had the NAPLAM score in order to understand the various changes and average in the students results based on the years and from the schools that he has studied from . he also moved on to look into the Myschool website where he could find the details of the parents of the students and thus understand if there is a direct correlation between the parent and the prowess that the student showed therein.

The researcher through looking into the various sources as stated above concludes that taking all other factors as is it is truly the calibre of the school that the student is pursuing that really matters as it is easily seen that even the students with the best grades in the school with the more disadvantaged students are unable to keep up with the students in the schools with better facilities and peers.

The reading helps me to get a good grasp into the effects that the peer that you work around has in addition to the factors that really add up in making up the output of the students. This also helps me to understand with the same amount of mental acumen the environment or surrounding in which the student is mainly involved and do their day to day task may act as the prime factor in order to decide whether the student will be able to cope up with the others and perform at the similar standards as the others of his age . Thus creating a much more comprehensive approach towards tackling this disparity

Looking for best Sociology Assignment Help. Whatsapp us at +16469488918 or chat with our chat representative showing on lower right corner or order from here. You can also take help from our Live Assignment helper for any exam or live assignment related assistance