The blockchain is the newest advent in the field of software technologies. Its basic idea is to incorporate decentralised transaction and data management technology for every existing software system. It was first developed for the Cryptocurrency, Bitcoin in the year 2008 and ever since then the interest in it is increasing. [1] It enables encrypting, distributing and also carries secure login for digital transactions and is pretty useful in areas where privacy is important but centralisation is not. Everything related to the Internet is relatively unsafe, but when we talk about Blockchain, it can combine the open nature of the Internet and yet provide cryptographic security. This results in a faster but a safer end trustworthy way to share and verify key information. Due to all these benefits, it was introduced for Bitcoin, and now it finds its application in services like peer to peer payments, tracking of supply chains, etc. [2][3]

Blockchain, in its essence, is just a distributed database, a record of the transaction, or simply put, distributed ledger. Blockchain brings two specific benefits on the table, which are: 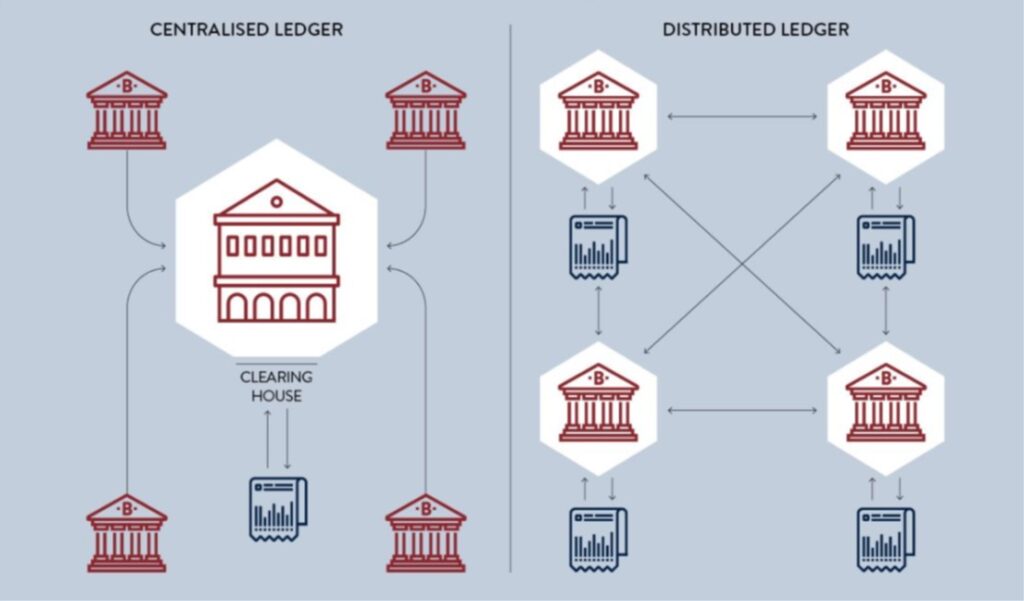 A Blockchain does two things. The first is, gathering and ordering of data into blocks at various nodes. The second is, chaining this data together using cryptography, which provides the necessary security. [6]

To understand what is Blockchain, the Bitcoin’s Blockchain must be understood. Its operation can be undermined as following: 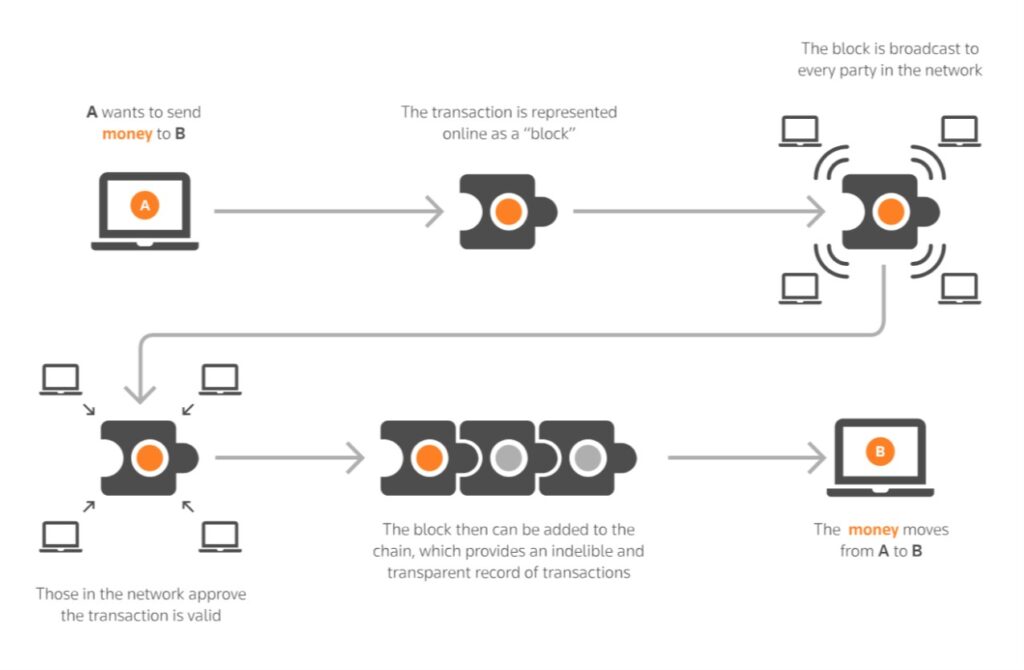 For other software technologies, the Blockchain is being twisted a little and the system which is being developed is called Permissioned Blockchains. In this, if a company uses Blockchain, pre-approves some of the members and only they can transfer any data on that Network. This transaction record or the distributed ledger is shared between all the participating members. As the members are known and are accountable to each other, so there are no Proof-of-Work calculations. This system is still under development but promises a lot more privacy and trust. [9]

Blockchain Applications: What’s the use of this safety?

As earlier mentioned, the Blockchain platform is only being used for Cryptocurrency, but since the development of Permissioned Blockchain, many researchers and startups have concluded its various potential applications, and in a broad sense the Blockchain can be easily implemented in three fields. The fields are:

Earlier, with the launch of Bitcoin, Blockchain was seen as a threat to traditional banking and financial systems, but now many of the world’s biggest Nevis are looking to innovate and incorporate Blockchain based systems in their business models. Earlier, for a transaction to complete, it was done by transmitting the requests to the intermediary, then followed by checking of validity and then each of the accounts is adjusted. In a Blockchain application, the transaction is not limited to the people involved in the transaction, but to all network nodes and this will include more transmission as well as time for processing. It is no doubt slower, and against traditional methods of credit cards which complete over 2,000 transactions per second, Blockchain will allow 10. But, the advantages will be the elimination of centralised authority over that currency. This is under research, and it can revolutionise the economy only if the market starts opening more to digital currencies. Also, with the coming years, as the processing power of various systems increases, the efficiency of Blockchain will also increase. [10] 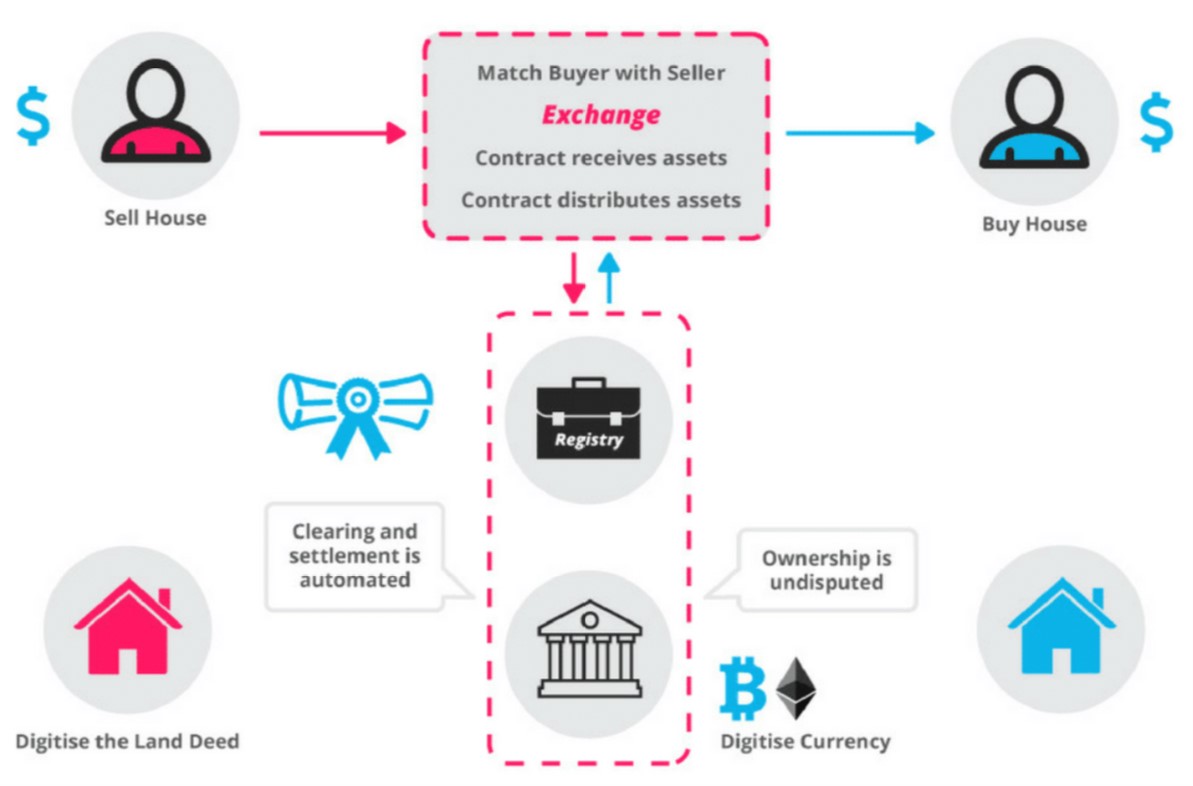 This is a rather exciting application of using the safety of Blockchain into daily purposes. In traditional ways, contracts are drafted by law officials and then are enforced by police. In a smart contact system using Blockchain, the contracts are self-executing and provide no possibility to appeal or reverse the contract. As there is no centralisation, the contract is beyond reaches of courts and police. It follows the motto of “Code is the law”. Though it sounds advantageous, it not efficient again. The reason is that, though for simple contracts created by lawyers are understood by all, a smart contract code can only be understood by a few experts. A good example is the implementation of this contract on the DAO or Decentralised Autonomous Organisation, on the Ethereum encode Network. It attracted over $ 150m investment yet an attacker surpassed it using a different code execution. This led to the loss of one-third of the total of DAO’s assets. Now, as each depositor had agreed that their money will be controlled by codes only, and the attacker executed the code only, this couldn’t be even classified as ‘Theft’. To fight this, Ethereum tried to roll back the Blockchain to reverse such transactions which created two different currencies, and eventually two different networks. Ethereum is the second largest Cryptocurrency, and even by using Blockchain based smart contract it failed to prevent theft. This raises questions against the immutability of Blockchain network based Smart Contracts. Since the Blockchain can be rolled back, they are yet to find a place against the traditional law courts. DAO remains the only such application of smart contract, and its failure suggests that the Blockchain is just not safe for smart contracts. Still, they are used in better ways in time programmed payments and in the use of multi-signature wallets as used on Bitcoin. [11][12] 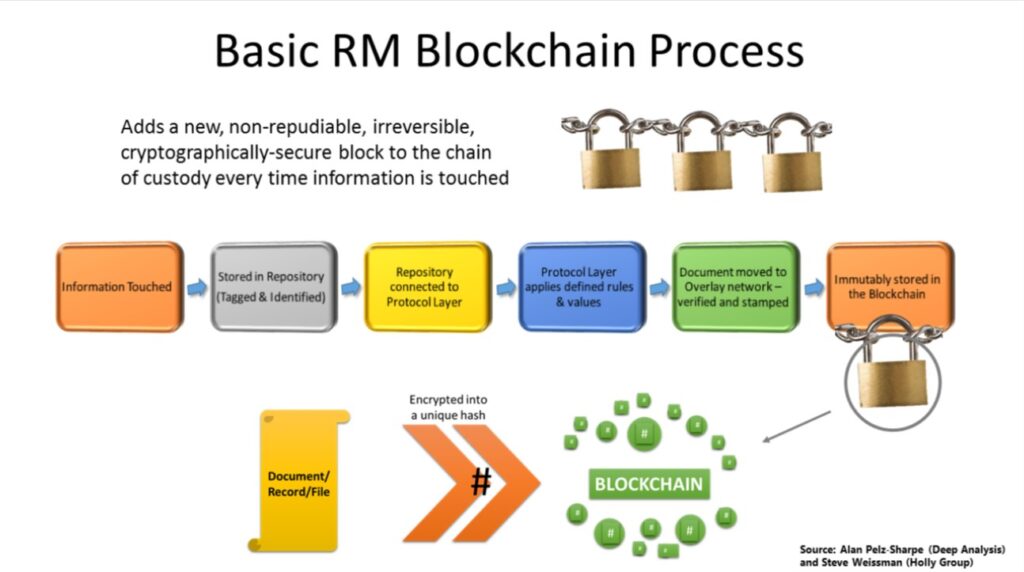 The very advantage of Blockchain being the most reliable and tamper-proof database if also its disadvantage. This is due to one fact, which is that in Bitcoin, for providing the authentication and security and for using full processing power to solve Proof-of-Work, each node gets paid. In a Permissioned Blockchain, there are no such gains. So, for any other asset be it digital data or any other physical asset, Blockchain is only as reliable as the party or company which is granting the permissions. This again brings in the question of trust in third-party intermediaries, and thus affects the decentralization factor of Blockchain. [13]

One more application which pops on Blockchain is securing it with a token. This token could be used as a notary service in which digital assets such as contract documents could be stacked in a block of transactions and then allowing various parties to check the contract and verify if it remained the same as was at the time of stacking. This again will work only if the currency is involved. [14]

The answer is a mixed bag, and on most points comes to be Yes, but out of current world scenarios. The only trustworthy application has been seen in the world of Cryptocurrency, and to be specific in Bitcoin. Use of Blockchain as ultimate trustworthy software technology is still out of reach, of the current scenario where the world has not fully accepted Cryptocurrencies. [15][16]

The common potential applications of Blockchain as discussed above for payments, contracts, or assets registrations are only successful if they are being applied using a digital Cryptocurrency such as Cryptocurrency. There can be various non-financial applications of Blockchain, such as royalty payments in the music industry, art industry, notaries, private securities, various important record keeping, etc. The race is still on, and if a way can be found to use the full processing power of systems in a Permissioned Blockchain, it can be the safest technology. It will take time, for sure.

Looking for best Computer Science Assignment Help. Whatsapp us at +16469488918 or chat with our chat representative showing on lower right corner or order from here. You can also take help from our Live Assignment helper for any exam or live assignment related assistance