We will discuss the Bayern Brauerei case. Should BB’s board of directors accept or reject the “project” which is expansion into Eastern Lander? You should base your decision on a NPV analysis of the project. In your memo, be sure to do the following:

– Evaluate and critique Max’s financial plan by expanding Exhibit 5 into a full-blown NPV analysis along the lines of what we did for the Brown-Forman case. Seven of ten rubrics deal with this issue.

-You will need to include any incremental cash flows omitted by Max Leiter in Exhibit 5.

– You will need to estimate a discount rate for the project based upon very limited information.

– Identify and evaluate the biggest risk to which this project will expose BB. One rubric deals with this issue.

– Evaluate and critique the proposed compensation plan for Max by developing an alternative compensation scheme to the one proposed. One rubric deals with this issue.

– Evaluate and critique the proposal to increase the dividend paid out to shareholders and propose an alternative dividend policy. One rubric deals with this issue.

Copyright (C) 1998 by the Trustees of the University of Virginia Darden School Foundation.

Sources and Uses of Funds 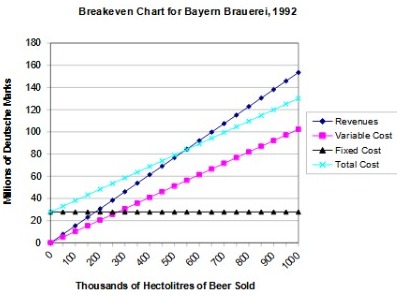 Max Leiter’s Analysis of the Return on Investment from

Investment in Accounts Receivable in the Eastern Lander

To account for the WACC the cost of debt (interest rate) has been used as the cost of capital as most of the funding will be coming from raising debt itself. However, we do not use the after-tax cost of debt and use the pre-tax cost of debt to account for any changes and a worst-case scenario that is possible. The same also accounts for the 75% dividend pay-out policy which is a much bigger cost of capital. A complete account of the same will not leave room for development for the company and the evaluation by taking 75% of dividend pay-out ratio completely into account will be unfair in the NPV analysis. Thus, only the pre-tax portion of interest rate has been used as the WACC.

The NPV analysis shows that the project is a safe investment and should yield profits for the company in the foreseeable future. However, the NPV of the project is not the risk that the company faces. The risk is rather more operational. The risk that the company faces is the increase of its operations in a new market. The company has definitely worked in that area but that was in a pre-war era and years ago. The market conditions have changed and that has not been accounted for in the analysis at all. The default rate on the accounts receivable in a new working territory is too low and that might lead to unforeseen losses. The same is applicable to the very high working capital cycle which might cause liquidity issues to the company. The risk of working in an unknown market is the biggest one which the board of the company should recognise soon and work to control the same.

Among all the risks that the company faces Max is the key to mitigating the issues and thus his compensation should be high enough to reward his efforts which will bring increased revenues to the company. However, at the same time the compensation plan should also motivate him to continuously strive for increasing the performance of the business which a flat compensation plan will not be able to do. There is a need to increase his basic compensation and a 10% increase in his basic pay should be rational taking into account the 11% cost of capital for the company. His bonuses should be split into a tiered structure. Currently the sales are projected to grow by 30% in the upcoming years in the new markets. Thus, a mere achievement of the projections should not be a cause of increased rewards for any employee. The commission till 30% should remain the same at 0.5%. There should be an increase in the commission post that. For any increase in sales post 30% per year the commission should be 0.8%. Similarly he should have further bonuses like product penetration into new segments and if he is able to help with the distribution system then commissions based on the decrease in working capital cycle of the company.

The current dividend policy of the company aims to increase the dividend pay-out to 75% and hold it stable at that value. The proposal at the onset itself seems slightly more lavish then it should be. The aim of the company should be increasing its growth in the new market during the initial years and not increasing the income of its shareholders at the very onset. Such a high dividend pay-out ratio will leave very less cash in the accounts of the company which can lead to liquidity issues for the management if the new venture falls back. The risk of the new market has simply ben ignored here. The priority here should be to build a strong foundation for the company by setting up wholly owned distribution systems in the new market and move to dividend only after that. Even then the dividend pay-outs should not be as high as they have been proposed currently. A better dividend policy would be to hold on dividends completely for the next 5 years till when the company can utilise the cashflows to consolidate its operation and then have a reasonable ratio around 25-35% which will yield a reasonable income for the investors and at the same time allow the company to utilise its income for further expansion.

Looking for best Finance Assignment Help. Whatsapp us at +16469488918 or chat with our chat representative showing on lower right corner or order from here. You can also take help from our Live Assignment helper for any exam or live assignment related assistance.