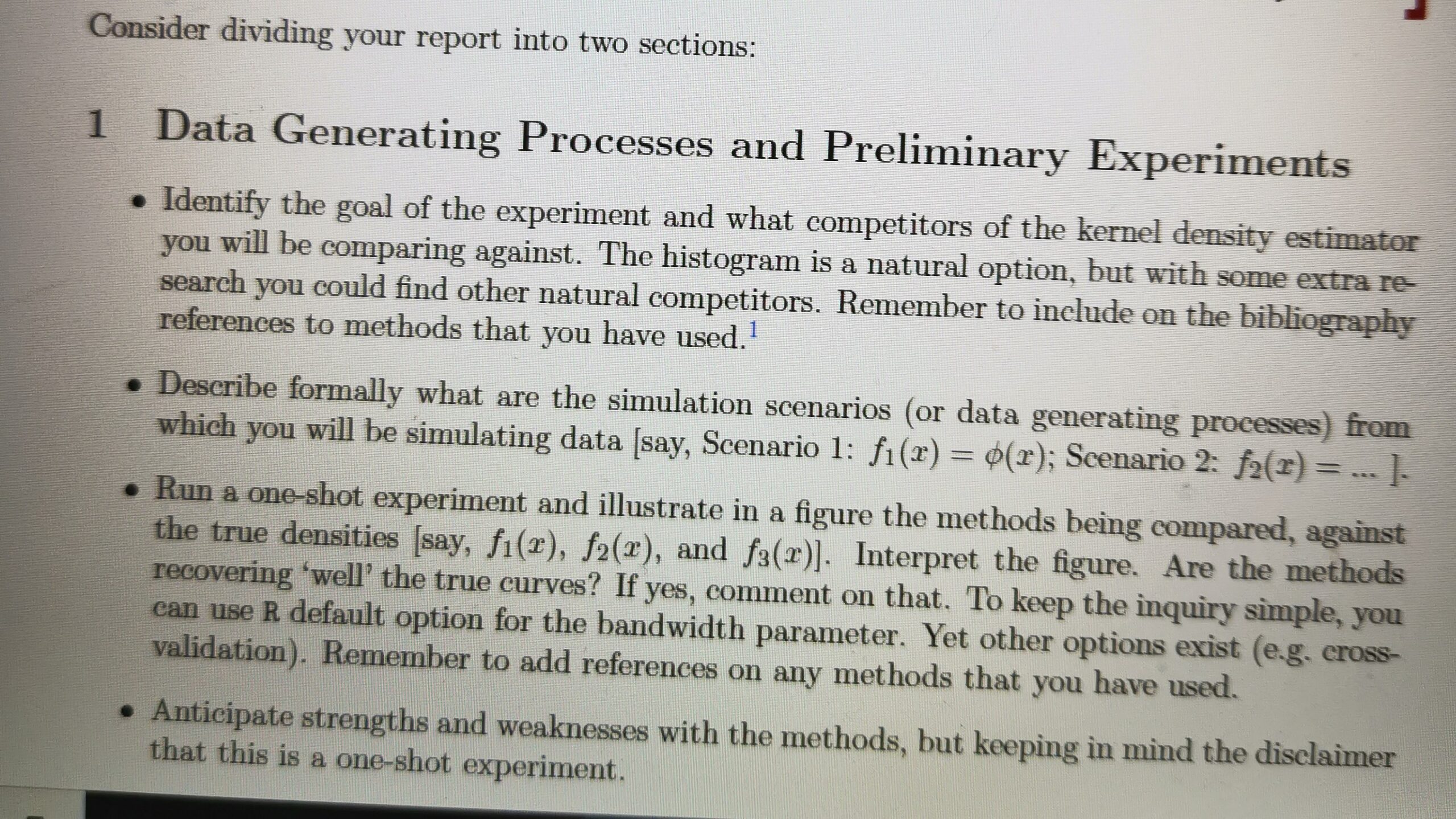 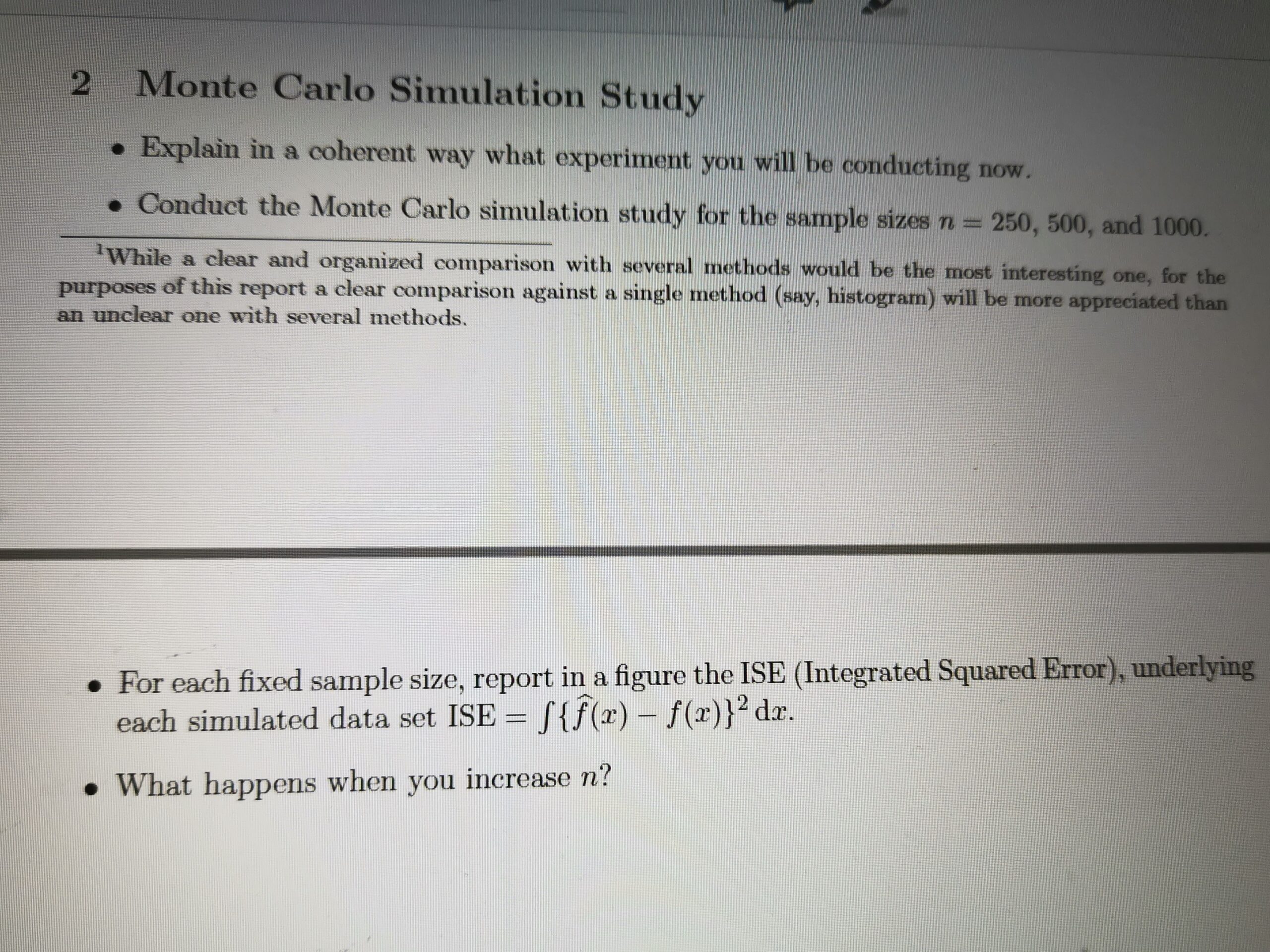 In this scenario, we have generated random values of data using rnorm function. We have created two functions data1 and data2, with different means and standard deviations. Then, we have combined both the data to increase the complexity parameter.

A histogram has been plotted (on the below left side) for the combined dataset, along with a normal curve on it. Density has been taken as the y-variable so that it would make things easier for comparing. It can be seen that there have been two spikes in the histogram with a dip in the middle. But, the normal curve has shown a single spike between the two spikes of histogram. Clearly, the normal curve is not properly representative of the dataset. 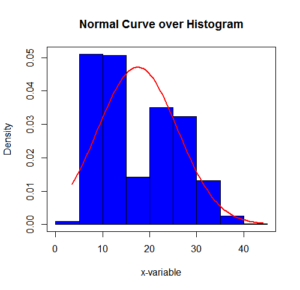 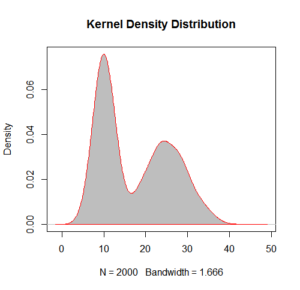 For the Kernel density distribution curve (right hand side of the upper curve), it can be seen that the curve has two spikes overall, as correctly visible for the quantitative data.

The difference between the two estimator is evident from the below given graph that Kernel density distribution is more accurate in understanding the patterns. 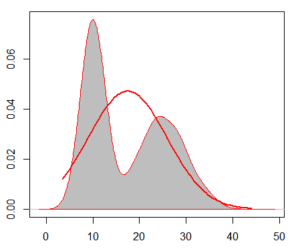 In the second scenario, we have generated random values of data using rt function so that the data will have a t-distribution. Two datasets data3 and data4 have been created, but with different degrees of freedom, and then both the datasets have been combined together. 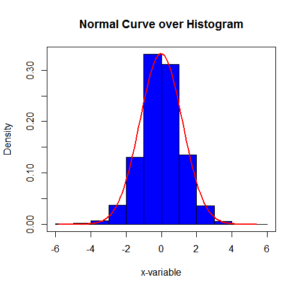 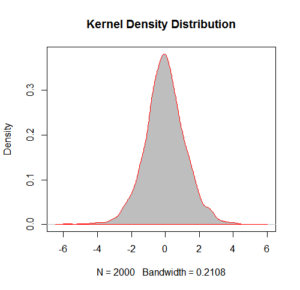 In the above two plots (Histogram and Kernel Density Distribution), we can see that the curves are looking more or less the similar in structure. For understanding the two curves more carefully, we would overlap the two structures, as shown in the figure below. 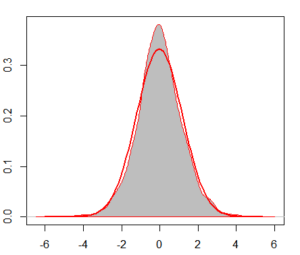 Here, we can see that the two curves almost overlap with each other, with only being some difference in the maximum density point for the two curves (Kernel Density having the higher one).

In the Monte Carlo Simulation, we would be simulating data and understanding their patterns based on their varying sample sizes. It would also affect the distribution pattern of data.

Here, we are evaluating the performance of a standard t-test.

In this study, we would be analyzing the changes in size and power of the test with varying sample sizes, distance from the null hypothesis, and standard deviation of the distribution.

Below is the LaTex code that have been generated for the simulation, which would be used for generating tables. 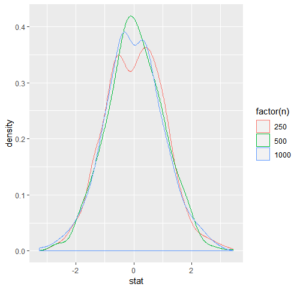