1.2 Summarization of parasitic mode of nutrition

1.3 Ecology and adaptations of one parasitic taxonomic group

1.4 Socioeconomic implications of the taxonomic group

The parasite can be defined as an organism which is engaged in a relationship with other organism and thus depends completely on another organism for its mode of nutrition. There are many cases of parasitic relationships both in animals and plants. In case of malaria, Plasmodium falciparum acts as the parasite with its two hosts -mosquito and human being. According to the views of Jourdan et al. (2018, p.258) in case of Plasmodium, human being acts as the main host whereas the mosquito acts as the accessory host. It is dependent on the human body for continuing its life cycle and mosquito acts as a vector. 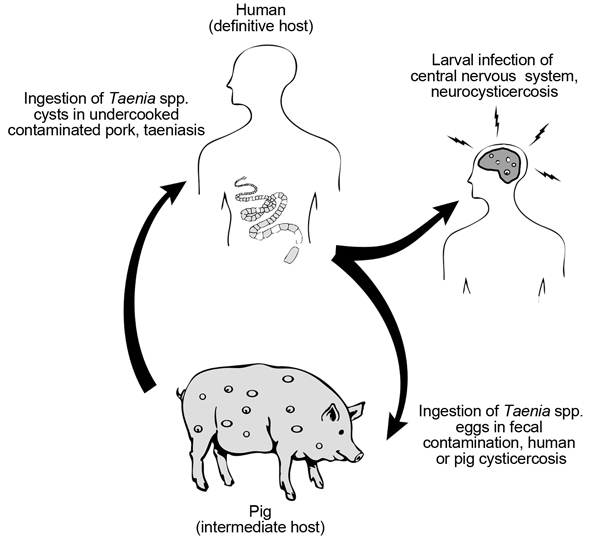 Bhatt et al. (2015, p. 208) stated that the Plasmodium group can cause many diseases with mosquitoes ass its vector which includes different types of malaria, dengue and encephalitis. Ascaris, is an endoparasite of Nematode group, also known as the roundworm and causes Ascariasis. The disease is caused due to contaminated food and drinks. In case of Ascaris, human being acts as the host. Another important type of parasite is the Tapeworm, belongs to the group Cestoda, and is also known as the flat worms are known to cause Taeniasis. Tapeworm affects human by consumption of contaminated meat mainly beef and pork. Though various species of tapeworm can affect human being the most common of them are Taenia solium, the permanent host of which is pig and Taenia saginata, the permanent host of which is cattle. 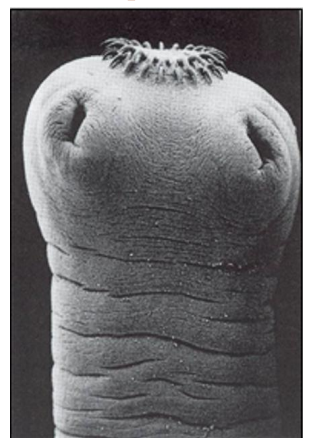 1.2 Summarization of parasitic mode of nutrition

1.3 Ecology and adaptations of one parasitic taxonomic group

One of the most known parasitic infections causing Plasmodium is involved in initiation of many a disease such as malaria, dengue and encephalitis (Swan et al .2016, p. 340)A thorough analysis of the parasites of genus Plasmodium has shown that the parasite has undergone many adaptive changes. According to the opinions stated by Heil (2016, p.87) parasites in some cases alter the immunity of the host as seen in Plasmodium which changes the attraction ability of mosquitoes towards humans in cases of early infections. A thorough study by Ayala et al. (2017, p.696) on the case of chromosomal inversions occurring in case of main African malaria mosquitoes has shown that the parasite adapt to changing environment by changing the genetics of the host or the carrying vector thus increasing the survival rate of the parasite in the host body. Chromosome inversions are considered as one of the most evolutionarily advanced type of adaptation in the scientific world. The inversion of 23 chromosomes in the adaptation of four major African malaria mosquitoes on local environments of Africa shows the adaptive nature of the parasites and its effect on controlling the disease.

Another study as mentioned by Duffy et al. (2017, p.2883), stated that the human malaria parasites Plasmodium falciparum exhibits fragmented population structure of local adaptation of its African distribution in the northern limit of Sahara were examined for their local adaptive habits. The study was conducted on the Plasmodium falciparum by microsatellite genotype analysis and blood samples from infected patients. The samples collected were examined with the help of Species specific PCR techniques. The sample was collected from around 8 geographical conditions. Further analysis and a thorough study related to the same concluded that the Plasmodium falciparum in mosquitoes lives in an exponential environment. As per views of Lainhart et al. (2015, p.378) mosquito population is very much affected due to the endemicity of the environment. The number of genotypes per infection was lower than samples collected from other regions, in the case West Africa. Endemic population of the mosquitoes shows variation within transmission. Again, the occurrences of small clusters and identical genotypes are a major reason for the multi locus linkage disequilibrium in samples collected from different endemic locations. It also proves the fact that malaria parasite endemicity is related to changes in environment and the variation in the transmission effects of Plasmodium can widely be seen by sampling the global distribution range of the same (Duffy et al. 2017, p.2884).

1.4 Socioeconomic implications of the taxonomic group

Apart from malaria one other major parasite that is of considerable importance to socio economy is Giardia lamblia or Giardia duodenalis. This is the causative agent of Giardiasis which is the most commonly occurring parasitic infection among humans in the developing countries. This is a di0arrhoeal disease which causes intestinal dys-functioning (Ryan et al. 2018, p.81). It can occur in both symptomatic as well as asymptomatic form. The main source of the pathogenic parasite is contaminated water which is a common issue in the developing countries. It has been noted that is most of the developing countries due to lack of awareness and absence of proper infrastructure people do not have access to clean drinking water and healthy food. Such polluted drinking water harbours the giardia cysts which cause the disease. Apart from unclean drinking water infection is also caused due to malnutrition which is also a common site in developing countries. The parasite affects the height and weight of the children. In addition it reduces the level of micronutrients in the body that in turn stunts the growth of the children (Bedoya-Arias et al. 2018, p.313).

Poor economy and lack of proper nutritional food is directly correlated to giardia infection. This in turn is hampering the productivity of the developing countries. This is because if the growing population of the country is not healthy then the population growth curve is shifting towards an urn-shaped curve rather than a pyramid. This is not at all acceptable for the development of the country. In many cases human to animal transmission has also been observed which in turn affects the cattle leading to huge economic losses for a country. The total DALY of the disease is 10.4/ 100000 population. Such outbreaks of Giardia also increase the economic burden on the government for the Giardia treatments (cdc.gov, 2019). A timely control is necessary in order to curb the spreading of the disease. Thus the socioeconomic implication of Giardiasis is quite far reaching and is not only concentrated on the health but also affects the economy and the social well being.

From the above write-up it can be concluded that parasitic relationship is one of the most important relationships of the four types of relationship-as prevalent in the biological world. The parasitic relationship does not provide any particular benefit to the host; however, the host in this case is kept alive to continue the relationship. The parasitic mode of nutrition can be seen in different types of animals’ .In case of humans, the major parasites are Ascaris, Plasmodium and Tapeworm. Plasmodium is capable of inducing many diseases in human beings including malaria and dengue. The write up also concludes that malarial parasites undergo a wide variety of change in their genotype as a measure of environment adaptation resulting in different patterns of malaria transmission .The continuous change in the same can cause many challenges in the path of malaria control as genetic alteration leads to more drug resistance within the parasite. For proper analysis of the same, genotype mapping is a very effective tool.

Looking for best Biology Assignment Help. Whatsapp us at +16469488918 or chat with our chat representative showing on lower right corner or order from here. You can also take help from our Live Assignment helper for any exam or live assignment related assistance